Jigsaw vs. Band saw: Which is better? 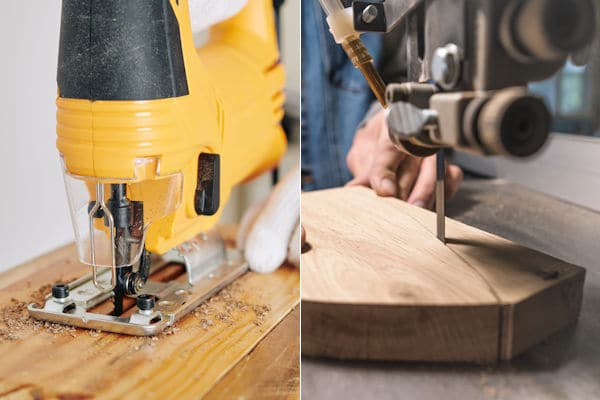 The saw industry can be complex and confusing, especially to beginners. Finding a saw that best suits your project description can be draining. Every saw available in the saw world has different functionality and application. Thus, there is a need to identify the features and use of a saw before purchasing.

Jigsaw and band saw are the most popular saws among DIYers, woodworkers and carpenters, and woodcarvers. Making a decision on which to pick can be a hassle given their functionalities. Having the knowledge and insights of both the jigsaw and band saws enables a user to determine which is best to use for a particular task.

What is a Jig Saw? 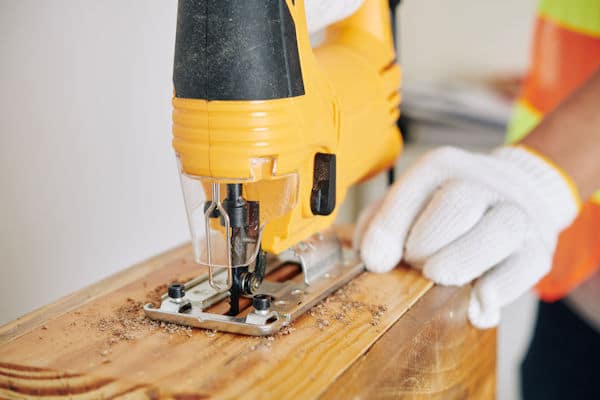 A jigsaw is a lightweight handheld and portable power tool. It has a reciprocating saw blade attached to the motor. It can be corded or cordless. The cordless jigsaws are very convenient and easy to use without chances of tangles around the workshop. The tool is used by DIYers and professionals to make cuts on different materials such as wood and metal.

Jigsaws are easy to control when making curved cuts due to the handheld feature. They can easily make complicated curved cuts, straight cuts and rough cuts, slow and fast cuts as needed. With a narrow blade, the jigsaw can create a small radius curve. This is rare with any other power saw.

What is a Band Saw? 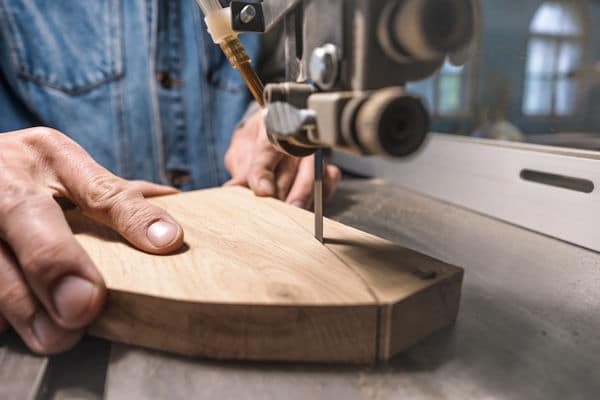 The band saw is a stationary power tool that features a circular blade that revolves quickly in orbit. It has a belt-like blade that is attached to the discs of the saw. The motor of the saw spins the blade making it possible to have the desired cuts.

Bands are either horizontal or vertical. The method used to cut a given material depends on the build and model of the band saw. For the horizontal band saws, the piece to be cut is fed into the blade path. The vertical band saw lowers the blade on the material by hydraulics while cutting.

Band saws are commonly used by professionals and DIYers for re-sawing wood and making precision cuts and designs. The position of the band saw blades enables the making of curved cuts, designs, and straight cuts on wood.

Similarities between Jigsaw and Band Saw

Other than straightforward and ease of use, the jigsaw and band saw have notable similarities:

Differences between Jigsaw and Band Saw

Here are the primary differences between the two:

Jigsaws are portable, versatile and can make different types of cuts even without cutting through the wood. They can be best used for:

Band Saws have the advantage of having a table, fence, and long-cutting blade. With these features, it is best used for:

Which one is better?

The two power tools have great features and offer different options for every user. Choosing either of the tools should depend on your professional or hobby, tasks in question, workspace, and storage facilities. The skills, expertise, and material to be used plays a major role in choosing whether to use a jigsaw or a band saw.

For simple woodworking projects, beginners, and making straight cuts, the jigsaw is the ideal tool. For woodcutting, re-sawing, bigger cuttings, and stationary power tools, the band saw is the best suited. The tool is great for woodworkers and professionals who have bigger projects that require heavy tools.

Having both tools in your workshop can come in handy. For safety, ensure that you use each tool for its designated purpose to avoid disasters and injuries in the workshop.